Merchantville Easter Egg Hunt
Saturday March 23rd at 10am children in town are invited to the Merchantville Community Center to collect Easter eggs. The MAJWC will be handing out free coffee to the adult in attendance.
Posted by Merchantville Area Junior Woman's Club at 6:21 PM No comments: 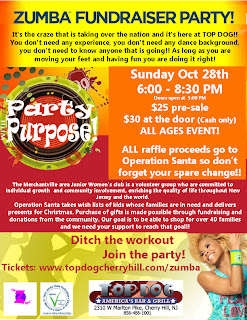 Posted by Merchantville Area Junior Woman's Club at 6:13 AM No comments:

Just posted our newly designed club journal.
Check it out under the "Journal" tab on the top of the page.
Enjoy! 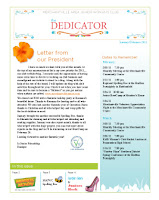 Posted by Merchantville Area Junior Woman's Club at 10:01 AM 1 comment:

Danique did a fabulous job organizing this new blog. I love how easy it is to use! It will be a great way for us to welcome prospective members and to keep everyone up to date on upcoming events. Awesome job Danique!
Posted by Melissa Delp at 12:19 PM 2 comments: 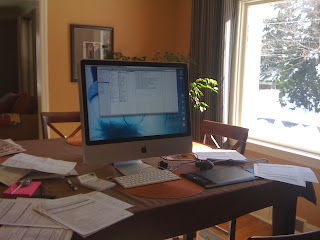 January is reporting month.
As with most things in life, writing our reports seems to be one of those things that we wait until the last minute to do. This is the first year I am actually doing reports and I can honestly say that as much work as it is, I am taking it an excellent learning opportunity. Going through the more than 19 reports that we have to do, I am seeing how many wonderful things we can do as a club in the upcoming year. My wonderful board has been immensely helpful in preparing these reports and we have all been diligently meeting, emailing and calling each other to ensure the most accurate and complete reports that we can.

A little about reports:
All of the Junior Woman's Clubs  across the country are asked to report on their clubs projects, hours and money in order to give an overall picture of what we do as an organization. This not only helps at the state an national level but also gives us a running history for our club over generations. As an added bonus, the reports are all reviewed by the state board members and we have the opportunity to win awards based on our overall performance as a club in our membership category. Awards are presented at State Conference in May.
You can read more about the reports here:
http://www.jerseyjuniors.com/memberresources/reporting2010.html
Posted by Merchantville Area Junior Woman's Club at 10:22 AM No comments:

Thirty two students represented the best Fourth and Fifth grade spellers from their respective schools in the Annual Club Spelling Bee sponsored by the GFWC Junior Woman’s Club of the Merchantville Area, Inc. held on Saturday, January 22, 2011 at Pennsauken High School. Seven area public and parochial elementary schools participated in the event.  The top three winners advance to the NJSWC South Regional Spelling Bee on February 13, 2011.
Third place was awarded to Olivia Graff of St. Stephen School
Second Place was awarded to Jasmyne Hinson of Carson Elementary School
First Place was awarded to Cecelia Ensell of St. Peter School.
Rhonda Aleszczyk did a fantastic job in her role as Spelling Bee Chair. Everything was perfectly organized and under her direction, the Bee was flawless!
Thanks also to the following volunteers-
Judges: Arlene Minkiewicz, Carolyn Walsh, and Kelly Darland
Registrars: Cathy Mason and Melissa Delp
Student Coordinator: Emily Wood
Danique Martin: Pronouncer
Two of our members who couldn't make it contributed with signs and snacks for the contestants:
Christina Hunter and Amanda Nobile
We also sold Pretzels and Fobs to contribute to the worthy cause of Kids In Need of Desks (K.I.N.D.).
Learn more or donate at K.I.N.D. on MSNBC.com Posted by Merchantville Area Junior Woman's Club at 8:25 AM No comments:

Welcome! We are excited to introduce our new club page and blog.
We'll be updating you on all the wonderful events, gatherings and fundraising activities that we are planning this year. 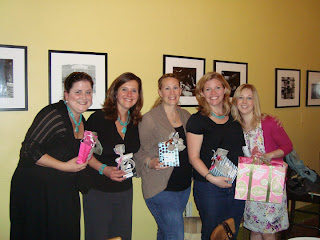 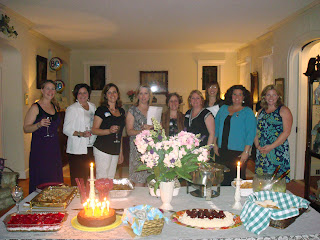 Posted by Merchantville Area Junior Woman's Club at 9:07 AM No comments:

We meet the first Thursday of each month September-June.
Our November and January meetings will be held at the Blue Monkey on Centre St. at 7:30 pm.